A Picture is Worth a Thousand Words

Today we enjoy the many different forms and accessible nature of photography. The introduction of smart phones, and modern media devices, has forever altered the way in which we communicate with each other. However, the foundation for photography as we know it today, is often looked over. This guide will provide resources and information about the Eastman Kodak Company, whose invention and progression of the hand-held camera advanced the way in which we used pictures to communicate with one another. This advancement in accessibility, distribution, and affordability started the evolution of contemporary cameras.

The Science Behind Kodak's Inventions

Background and History Surrounding the Emergence of Photography 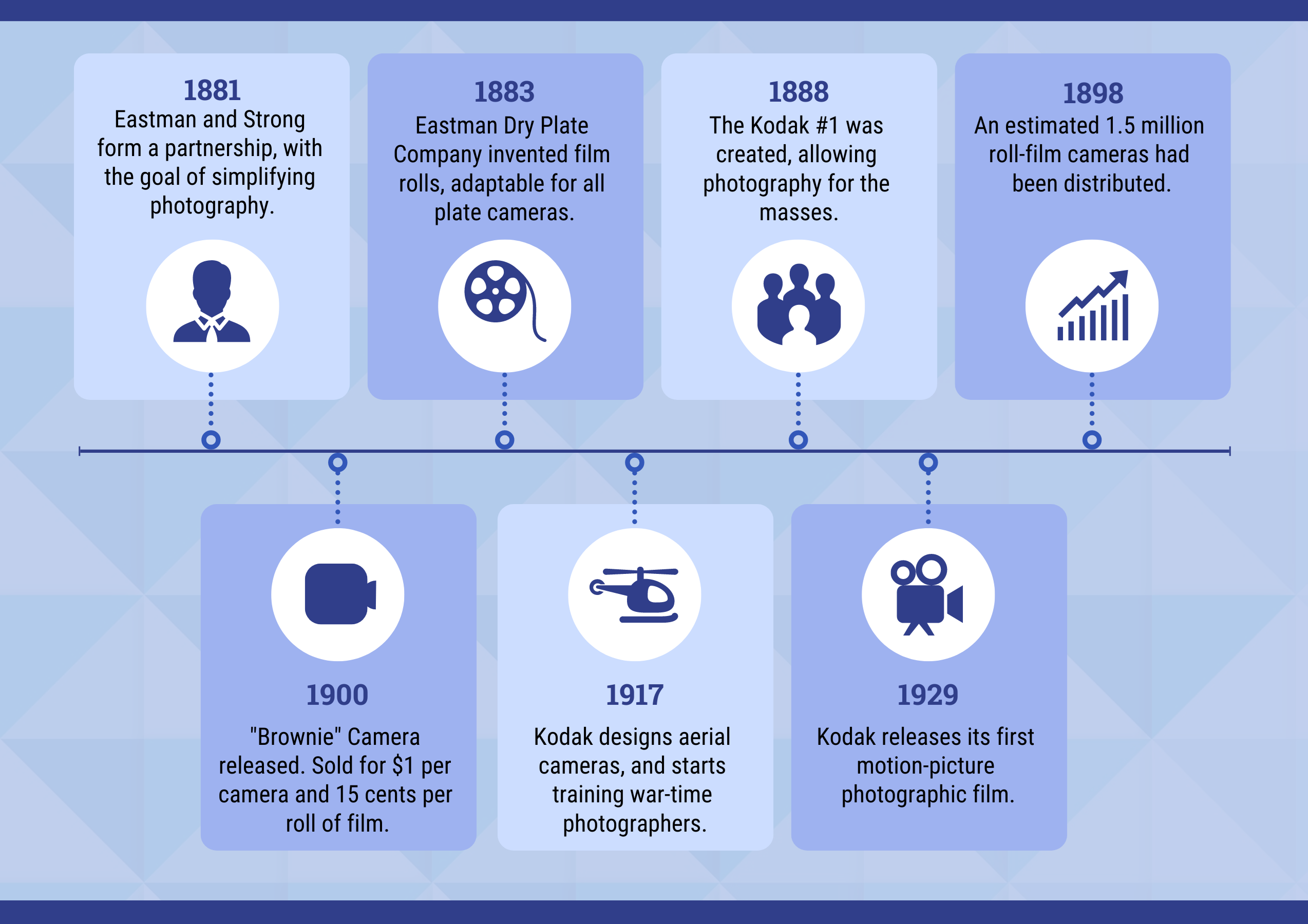 The Evolution of Film Rolls and Technology

Links to Other Helpful Guides

When thinking about the evolution of communication through the years, most people think about the telephone and printing press, and the alterations of speech and written language overtime. One of the most overlooked and underappreciated venues of communication are the first hand-held and portable cameras. The Eastman Kodak Company was created with the intention of making photography simple and accessible for the general population. The success of this goal, spawning new forms of art and communication, allowed for a revolution in how humans interact with one another. Instead of communicating through hearing or reading someones words, people were able to connect through visualizing the same image.