A guide to the Othmer Library's holdings of Dye related materials.

Books on Perkin and Mauve

This is a small sample of books that the Othmer Library holds on synthetic dyes. Search the catalog for a complete list. Try terms like coal-tar colors, dyes and dyeing, or aniline.

An excerpt from the book The Art of Dyeing in the History of Mankind from a table of "the Most Important Dyes Produced before 1880," and who discovered them. 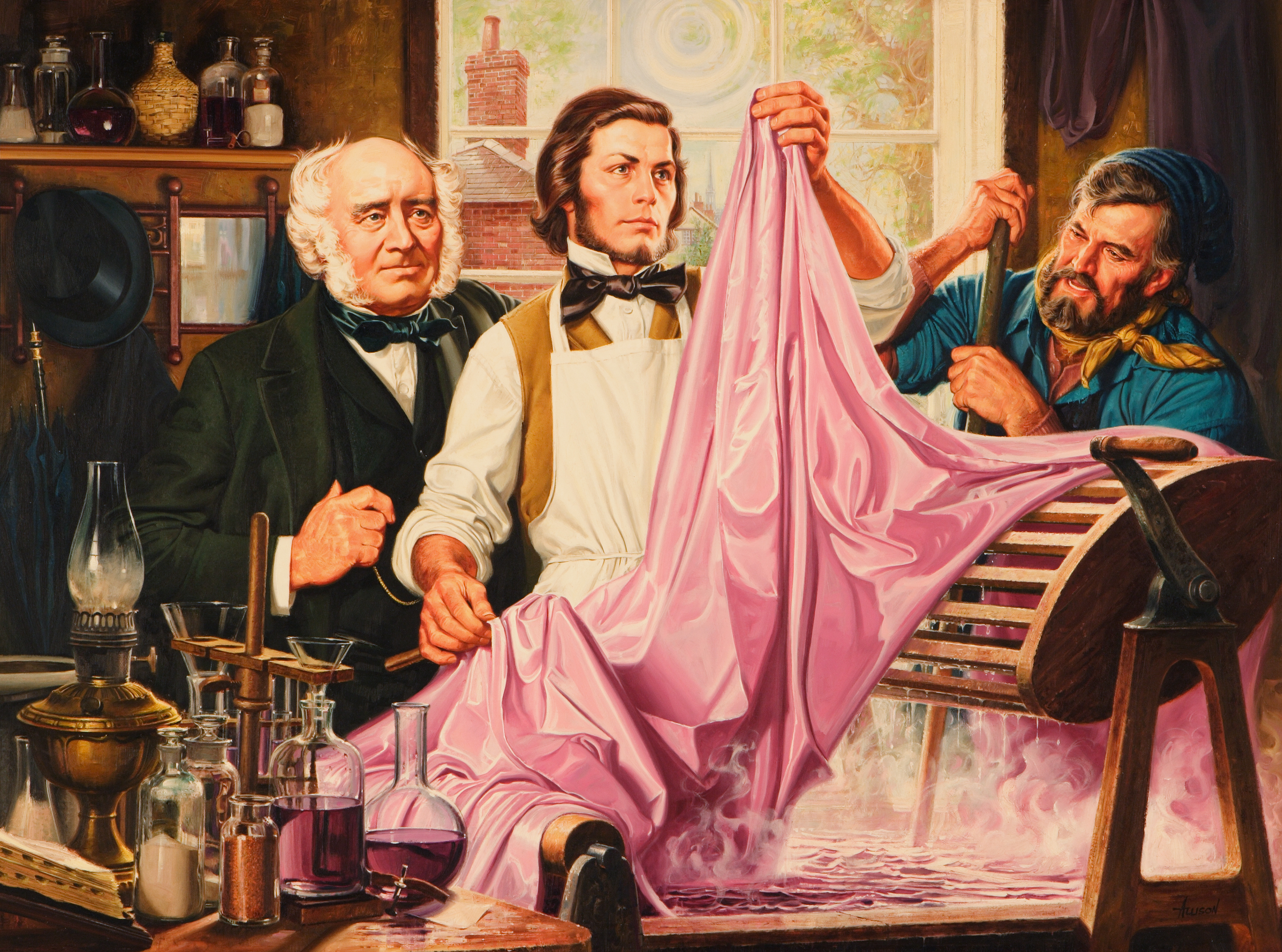 William Henry Perkin depicted in his laboratory at the Perkin plant in Greenford, England, northwest of London. Perkin, center, examines test dyeing of silk taffeta with mauve aniline dye. Perkin's father stands to his left, admiring the fabric. In the foreground, on the table is a small bottle of bronze crystals, which produce mauve dye when dissolved in very hot water. Also on the table, dye jigs used at the time for dyeing small amounts of fabric.

William Henry Perkin discovered the first aniline dye, mauve, in 1856 at age 18 while he was a student at the Royal College of Chemistry in London. Perkin's discovery was accidental (he created the synthetic dye mauveine while trying to create an artificial version of the drug quinine) and Perkin's mauve became the first commercially available mass-produced dye.  His discovery was significant as one of the first important links between pure chemistry and industry and opened the flood gates to research and developement of further synthetic dyes. Accordingly, Perkin was credited as "the world's first chemical technologist" and "father of the synthetic chemical industry."