Edward G. Mazurs (1894-1983) was born in Latvia and received his Master’s degree in Chemistry from the University of Riga, where he served as a professor from 1919 to 1940.  Mazurs emigrated to the United States in 1949 and worked as a chemist at Argo Corn Products in Chicago.  Following his retirement from Argo Corn in 1959, Mazurs relocated to Santa Barbara and taught chemistry at Westmont College.  Mazurs self-published his seminal work, Graphic Representations of the Periodic System During One Hundred Years, in 1957; a revised “centenary” edition was published by the University of Alabama Press in 1974.

Graphic Representations of the periodic system

Edward Mazurs' seminal work, Graphic Representations of the Periodic System During One Hundred Years, provides a definitive review of the many versions of the periodic table in world literature, including illustrations and references for over 700 tables and classifications of approximately 140 types.  In addition, Mazurs’ work notably re-asserts the idea of the eight-period table, also known as the left-step table, originated by Charles Janet in 1928 and promoted as the model that best expressed the relationships among the elements. 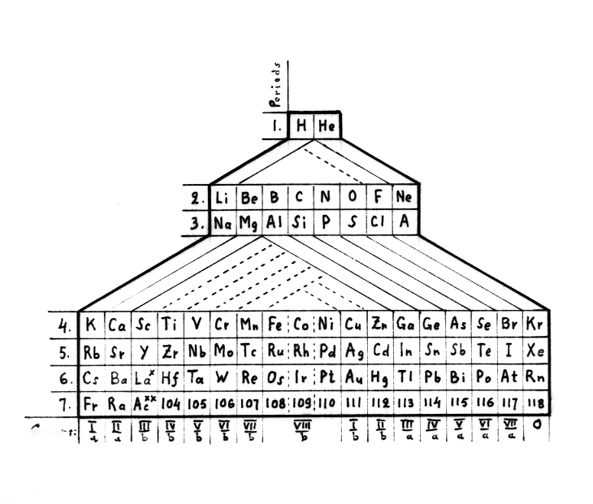 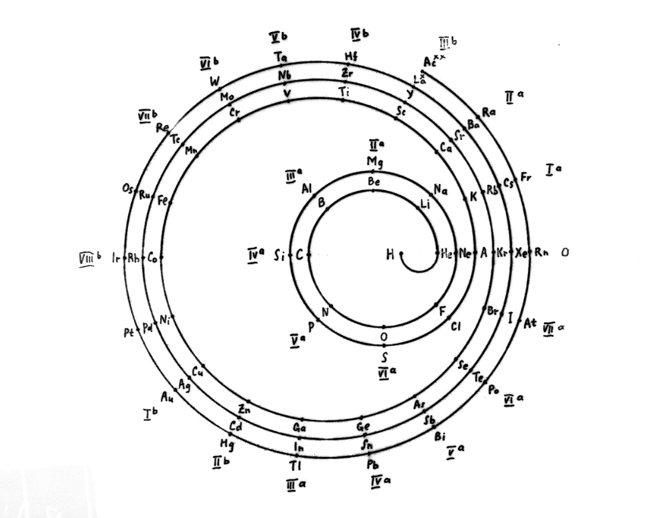 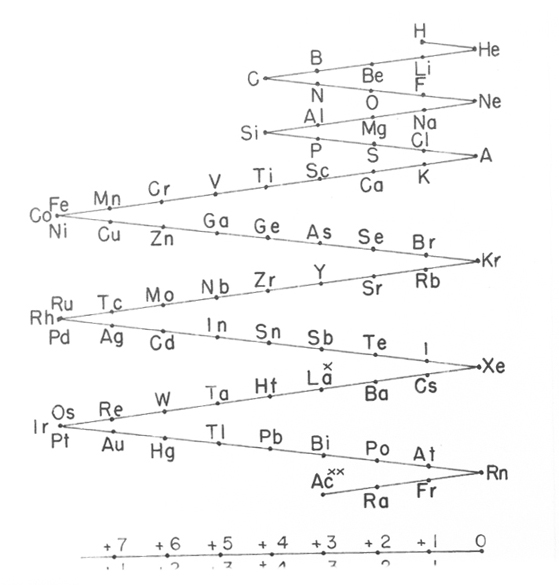