An Introduction to Visual Literacy: How to Read an Image

Steps to Reading an Image

Step 1. Observe: Study the photograph for 2 minutes. List a few things you see in the photo, then examine its features more closely. Think about who made the photo and why. What purpose might the photo serve? What visual elements or techniques does the photo use to express information?

Step 2. Infer: Based on your observations, what might you infer or conclude from the photograph?

Step 3. Prepare for Research: What questions does the photograph raise in your mind? Where could you find answers to them?

When reading an image, one thing to ask yourself is whether the image you are viewing was posed for or if the subject(s) of the photo were unaware they were being photographed.

In general, subjects in candid or unposed photographs are not directly facing the camera. They may be looking at something across the room or be engaged in an activity that draws their focus away from the camera. In older photographs, when pictures required longer exposure times and therefore took longer to capture an image, subjects in motion will appear blurry. This would indicate that they were not aware a photograph was being taken and could have been captured in the background or off to the side of the real subject of the photograph. 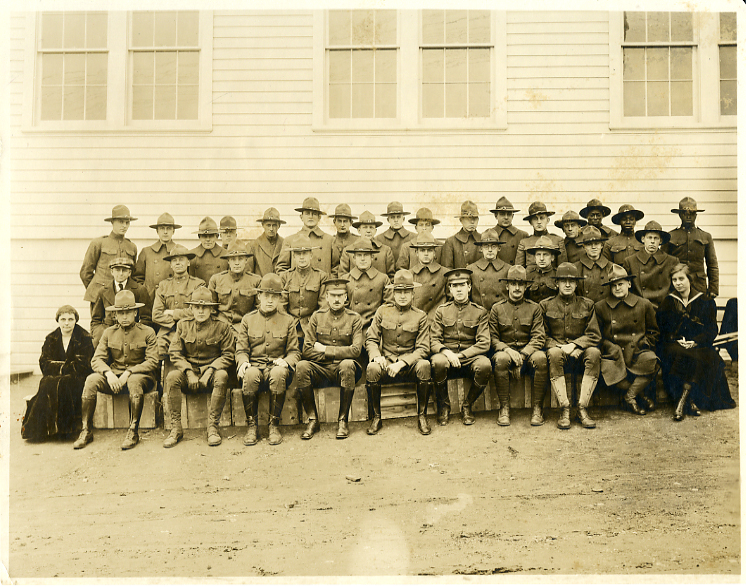 Purpose of a Photograph

In the above photograph, the subjects are posed in a manner that allows the viewer to see the entire group and get a sense of how large the group was. The picture was probably taken by a professional photographer who was commissioned to document the group, just as photographers are hired today to photograph a graduating class, a wedding, or attendees at a business conference.

The photograph above is part of the Papers of Charles Phelps Smyth, an archival collection housed at the Science History Institute's Othmer Library of Chemical History. When looking at a collection of photographs, the photographer's purpose for taking an individual photograph is important, but so is the photograph's place and purpose within the larger collection.
Collections often have a narrative to them, meaning they help tell the story of whoever or whatever they are about. The Papers of Charles Phelps Smyth includes photos taken by or of Smyth throughout his life - therefore they contribute to the narrative of his life.
While in some cases more research may be required to answer the question "why is this photograph included in this collection?," in this case the answer is simple: it is evidence of Smyth's involvement in the war effort during World War I.

What will catch the interest of historians and archivists, and what has probably caught your attention as well, is the presence of the two women on either side of the group and the three African American men at the top right of the photograph.

In 1948, Executive Order 9981 was issued by President Harry S. Truman, banning racial discrimination in the Armed Forces and ending segregation in the United States Military. This photograph was taken before the order was issued, which poses the question: why are three African American men posed with a group of white soldiers?

The women in the photograph are a point of interest because they are not dressed in military uniform and because women at the time could not enlist in the military as soldiers, only as nurses or support staff. Given their different form of dress and the roles women historically played in World War I, these women obviously have a different purpose in this photograph.